Death on the Baja Salt Flats

Discovering Baja for the past 5 years was always filled with adventure, at least that’s how it felt to me. Some of my inexperienced travel companions may not considered this story as an adventure though. They may describe the story I am about to tell you as a near disaster or a terrible turn of events. I respect that perspective because I respect their feelings. However I believe that they feel this way because they expected something they shouldn’t have! I’m sure they have now learned their lesson and understand that when they decide to join my friends and I for a quick drive to an unknown beach it probably won’t be what they expect.

When you spend weeks on end in a place that is remote like rural Baja, (which is mostly undeveloped) with any sense of adventure you will naturally get in your vehicle and drive. You will drive to places that someone told you existed but can’t really point out on a map. You will drive to places that seem closer than they are and you will without a doubt decide that there is still enough sun in the sky to make it home before it get dangerous.

There was such a place that we could see from the main highway for years. It was flat, and led straight to the blue pacific ocean. A place that was desolate and enticing because as far as we knew it could lead to one of the most beautiful beaches in the area. So finally one Thursday afternoon after wrapping up our aid work for the day we climbed into a very large truck and filled all 6 six seats with 5 adults and one 18-month old baby (the baby was mine).

As we drove out onto the salt flats we felt the exhilaration of the vastness before us. We could see the beautiful sand dunes rise ahead of us, beckoning us to the refreshing coast line.

The air began to change though, a hint of the future maybe? A strong and terrible smell filled the truck and we threw down the windows as we continued to speed ahead. The tracks of other vehicles that had been tempted by the vast unknown of the salt flats began to fade and soon we were making our own tracks to a place that we began to dream of as a private get-away spot of respite. Excitement filled our hearts.

As we neared the sand dunes the air began to clear and the smell was fresh again, but the ground began to change texture. No longer hard and firm, the driver (my husband) began to go around very large areas of thick mud and misshapen ground.

We finally arrived to a place where we could get out of the truck and trek up the sand dune. Carrying a my small child and raising my hand to my brow I was taken away at the beauty of the beach we had found. The wind swept us all back as we smiled at each other in glee. This was it!

A private unknown beach. Spending a few moments to relax let the baby’s toes dip in the water I headed back to the truck.

The sun was getting low and dinner time was approaching. Buckling in we noticed how back at the vehicle the wind of the ocean was only a small breeze. The perfect place for a quick tailgate BBQ set-up when your at the beach! How perfect this place will be.

My husband began to drive back to the main road and we all talked about the plans to utilize this beach space for the families we served in Baja, and for the volunteers who came with us to build homes and execute our programs.

And then it happened.

Slowly we began to sink. And although we had much experience in driving in muddy conditions the truck traction was not cooperating. And soon a terrible smell filled the cabin.

Throwing down the windows we begged for fresh air! And as my husband overcame the road inch by inch it was also slowly overcoming us!

What had looked like solid ground was just as deceiving as that terrible quick sand that Daffy Duck was always running into!

Finally we found ourselves sunk and no matter how many times we tried to rock the truck back and forth to escape the muddy nastiness of the salt flats, we could not escape. Every trick in the book that usually got out of the mud failed us.

Soon 4 people were pushing the truck, while the baby and my husband attempted to drive the truck out of the muck.

First an  hour passed, then another and soon hour 3 was approaching.

We called for help, but telling our rescuers the exact location was a bit like describing the backside of the moon. Everyone knows it’s there but it is not that easy to explain in detail to someone.

We decided that walking back to the visible road would be best for the baby and me to catch the first truck of two that was coming to rescue us. I bid goodbye to my husband and the truck and left with half the adventuring party to find rescue. It was at this point many would deem this adventure a fail. But this is when it got interesting.

Even though we could see the road, it still felt like another world. Like Mars so flat and uninhabited.

Soon we came across a point in the land where the angle of the sun coming down for the evening and the light reflecting on the flat ground made the perfect mirage of scattered light that bounced and waved before us. It was almost magical had we not been exhausted covered in terrible smelling mud.

As the light finally sharpened the ground ahead it revealed something even worse smelling than the mud on our clothes. It was a dead cow.

It was then that I thought wow, this is an adventure for the books.

A best friend who had now taken over carrying my baby began to sing out loud and the baby laughed with glee. Why not break into song now, If it was a major motion picture the director would have definitely placed a crescendo at this point!

Soon a vehicle came into view. As it drove towards us avoiding the misshapen ground, we began to feel some relief. And then as it came into a better view we realized it was not our rescue party, but maybe another vandal dumping a dead animal or trash to rot alongside the terrible smell of the salt flats. And for one fleeting moment I thought if this was a major motion picture well then they would be the murders who made this story worth telling on the big screen.

Looking at me, my friend and my baby as if were insane, they continued to drive past.

Nearing the road, we could see our rescue truck waiting. Not a mirage, not potential murderers, just real life friends laughing and scratching their heads at our somewhat frightful looks on our face and muddy feet.

The second truck with a tow rig pulled up and we pointed them in the direction of the rest of the party. Lights turned on bright they ventured out into the unknown salt flats. Never to be seen again…

JUST KIDDING. It did however take them about another hour and a half before they along with our stuck truck would arrive at dinner much too late for something warm to be served.

These memories make me smile and laugh. The picturesque beach, the hours of frustrated friends arguing about how to get a truck out of the mud, the frightful dead cow and then the end of the night when we all clapped our lost muddy party into the restaurant are the adventures that help make this life of servitude worth it.

Death on the Baja Salt Flats

How to Name your Organization

How to be a Founder During the Hard Times

Why a “No” Can Prepare You for the “Yes” 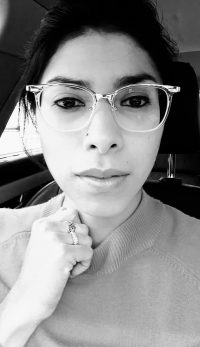 I spent a decade working with people who have done their best to make this place a little better. Now I am trying to do the same by starting my own nonprofit. I hope you find the courage to start your own one day too!
Recent Posts
Game night are my fav. #dnd #dndgirls #dungeonsand

Need to get out! But staying home Instead. #eurova

Oh man! I did it! I got my entire youth center onl

All week I filmed in our sunroom the first promos

Any cookies that may not be particularly necessary for the website to function and is used specifically to collect user personal data via analytics, ads, other embedded contents are termed as non-necessary cookies. It is mandatory to procure user consent prior to running these cookies on your website.